Manolo says, it appears that the many months the Manolo he has spent attempting to educate the blogosphere they have been wasted.

Ralph Lauren for the Poor Girls

Manolo says, one of the most difficult of the tasks that the Manolo he is asked to perform it is to find the good shoes, shoes worth the wearing, that sell for under $100 of the American dollars.

This it is because so many of the shoes of inexpensiveness they are nothing but the awful: awful material, awful construction, awful styling.

Yet, the poor girls they need the shoes! They cannot go barefeeted while they save their moneys to buy something truly super fantastic.

And yes, the Manolo he feels he must help the poor girls because the Manolo, he knows what it is like to be poor, so terribly poor that you must fashion your own super fantastic shoes out of the naugahyde you have scavanged off of the discarded sofas you have found alongside the road to the dump.

On the one of the hands, the Ralph Lauren, he clearly understands the value of the classic styling and of the tradition. Yet on the other of the hands, he is not thinking of the future, he is not really concerned with being the stylish or the super fantastic, and his clothes, sometimes they are, as the Americans say “the corny”, what with jodphurs and the hacking jackets and the blondey-waspy models.

Yet, says the Manolo, on the third of the hands, his latest shoes they are not expensive.

And so the Manolo he returns to the Lauren by Ralph Lauren shoes for the spring. Below are two of the pairs of the shoes that the poor girl she would not be ashamed to have on her feet. Manolo says, these shoes from the Ralph Lauren they are not only affordable, but also most pretty.

The Andy Warhol and the Shoes

Manolo says, if you are in the Pittsburgh in the near future (and who would not want that?) perhaps you should be visiting the Museum of the Andy Warhol.

The Andy Warhol Museum today announced that it has secured commitments from leading designers to sketch shoes in honor of its tenth anniversary. Inspired by the works of Andy Warhol and created solely for the Museum’s April 9, 2005 Spike-a-delic gala fundraiser, the exclusive, signed drawings will be auctioned online via Ebay.com beginning April 1, 2005. (seller name: theandywarholmuseum)

All proceeds will benefit The Warhol’s educational exhibitions and programs fund.

“Andy Warhol had a lifelong fascination with shoes and a remarkable career as an illustrator and artist,” said The Warhol’s Director, Thomas Sokolowski. “So it’s fitting that in celebrating The Warhol’s tenth anniversary, we’ll not only pay tribute to the life and works of Warhol, but also to today’s world-class designers who enable us to express and differentiate ourselves through their fashions.”

Manolo says, this it sounds like the fun and worthy event, even if, sadly, they have not asked the Manolo the Shoeblogger to submit his many, varied, and obsessive drawings of the shoes. 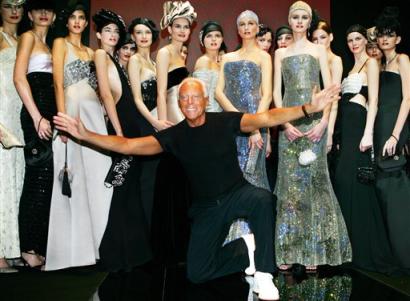 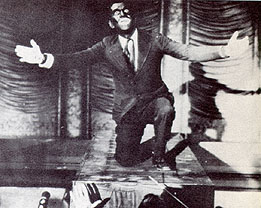 Manolo says, there is the good article about one of the Manolo’s new favorite peoples, the Tim Gunn, head of the fashion department at Parsons and one of the stars of the Project Runway.

As we made our way down the wide center staircase to the men’s department, we asked Gunn what he thought about the outcome of Project Runway and the fact that underdog Jay McCarroll beat out favorite Kara Saun.

“I was thrilled by it,” he said. “Jay needed to win that. Kara Saun is a fabulous designer and a wonderful person, but she is [already] very well grounded in Los Angeles; she has a customer base. We had to get Jay out of Lehman, Pennsylvania!”

But just as Gunn was not aware that Wendy Pepper was “a calculating sociopath” until he watched the finished episodes like the rest of us, he also had no inkling of McCarroll’s design chops until a few weeks into the taping.

“I thought he would be one of the first few off,” Gunn admitted. “I thought, how far can his personality take him? It really was not until the Banana Republic challenge that I thought, ‘Wow, this is a formidable talent to be reckoned with.'”

And McCaroll’s winning collection “was filled with huge risks that could have crashed and burned, but didn’t,” added Gunn. “I applaud that level of risk taking because it says something about the designer’s commitment to their work as opposed to pleasing an audience. I love Kara Saun’s work, but her collection was safe. It was what we expected of her.”

Manolo says, this it is pretty much exactly what the Manolo felt about the Jay and the Kara. At the first the Manolo he did not think the Jay was all that, but then, as the show it went on, it became apparent that the Jay he was indeed all that.

In any of the events, you must read this article, if only to see the two things. The first, to learn of the incredible chintzy-cheapness of the Banana Republic, and the second to see the graceful manner in which the Tim he has responded to this cheapness, and to his new founded celebrity.

Manolo says, the Tim Gunn, he is the epitome of what the Manolo he considers grace, and dignity, and polite behavior.