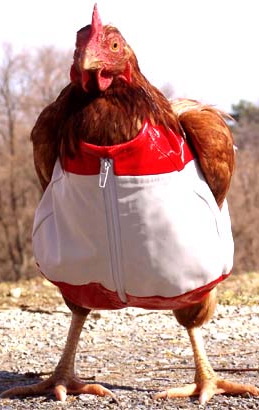 Manolo says, Ayyyyy! The hot pants for the chicks they display the drumsticks!

Manolo says, look at this story!

Hip-hugging jeans and tight-fitting tiny tops are out. Less skin is back in for the young American.

U.S. fashion experts say a trend toward modesty is evident in new fall styles for clothing aimed at girls in their early teens, and will become more common with spring 2006 designs.

“We’re seeing skirt hemlines that are at the knee and are very demure, very proper pants, prim tops and large pearl necklaces,” said Gloria Baume, fashion market director for Teen Vogue. The magazine showcases fashion and photography much like its parent publication Vogue.

Baume, who said she looks to European fashion runways to spot what will be hot for American teens, said designers have been focusing on “ladylike and almost old-fashioned” styles that were inspired by the 1950s.

That would phase out the belly-baring, skintight numbers championed by the likes of Britney Spears. “There is nothing form-fitting about the latest fashions,” Baume said.

Does that mean the low-rise jean fad is over?

“I hope so,” said Baume. “I don’t like them. That style has been around for four years and I think girls are getting tired of it.”

CosmoGIRL! magazine fashion editor, Tara McBratney, agrees there is a new trend toward modesty in fashion, but she says it has little to do with pressure from conservative elements in society.

This woman, the Tara McBratney, she is wrong. Yes, to some of the extent, the fashion it is the cycle, with the hemlines going up and down in the somewhat predictable manner. However, the Manolo he believes that this it is indeed the beginning of the partial return to the standards of the dignity and the comportment that once ruled.

Do not forget that our muse the Miuccia Prada, she has been talking about this very issue. For the example, here in this recent interview in the GQ.

With women, the more unhappy they are, the more undressed they are. This is true. Dignity’s another very important part of this. Sex and the City is the opposite of dignity. You have to have dignity for your body–this is with men and women. You need to have dignity towards how you are, how you dress, how you behave.

This it is so perfectly true, and so perfectly self-evident that the Manolo he cannot understand why it took so long for so many persons to realize it.

Another from the Lilly Pulitzer Manolo says, here is another of the flirty and fun sandals from the Lilly Pulitzer. This one with the flowers and the heel, it begs to be worn to the garden party. 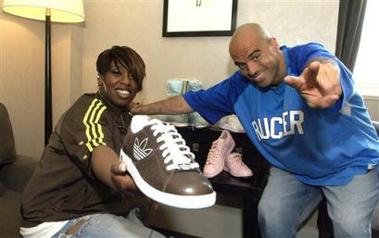 Manolo says, the Missy Elliott she is showing the super fantastic Bobbito Garcia her collection of the Adidas sneakers. This it is for the new television show about the celebrity sneakers from the ESPN called “It’s the Shoes”.

The Manolo he would not even know where to find the ESPN on the television, but now he must learn, if only to see the Bobbito and the Missy Elliott do their thang.

Silvery Moon from the Lilly Pulitzer