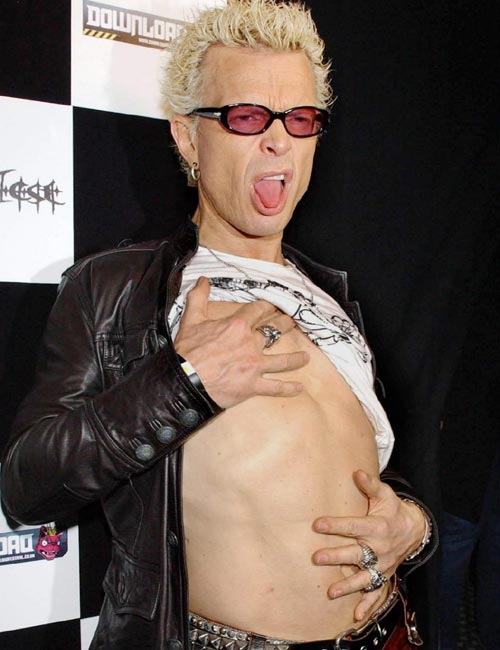 Manolo says, the Billy Idol he has discovered something wrong!

Manolo says, and here the Manolo he risks reigniting the entire Kelly Clarkson’s Belly controversy, but there is the most amusing article about the too-tight pants and the midriff bearing fashions in the Daily News of the New York, and the article it includes the picture of the Kelly Clarkson spilling bounteously over the top of her pants.

It’s called a muffin top: that unsightly roll of flesh that spills over the waist of a pair of too-tight pants, like a muffin bursting out of the pan. And this fashion affliction hits celebrities as much as civilians, according to In Touch magazine’s Jarrett Weiselman. “Queen of the muffin top is Courtney Love,” he says. “And before she got pregnant, Britney Spears was also guilty.”

Christina Aguilera is a reformed muffin topper, often spotted onstage during her wild-child period in a pair of badly fitting pants accessorized with an ample tummy roll. Kelly Clarkson is also a repeat offender. “Especially when Kelly first won ‘American Idol,’ the muffin top was the one thing that was common in everything she wore – nothing fit right.” And her tummy can still be seen rising over the pants she’s poured herself into on tour this month.

Of the course, this it is exactly what the Manolo he said two of the months ago.