Manolo says, the publishers of this new book, Shoe Love: In Pop-Up, were kind enough to send the Manolo the review copy, and all the Manolo can say is, Super Fantastic!

This is the perfect sort of the book to give to the person who loves the shoes and enjoys the whimsy, which is the very apt description of the Manolo and many of his internet friends. It is visually witty, enjoyably well-written, and reasonably priced, under $20, and so it would be the excellent little something-something to send to someone in need of the cheering up. 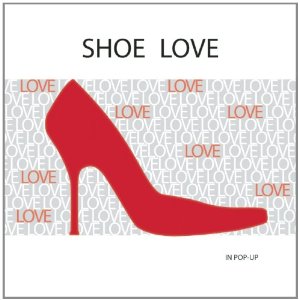 Of the course, the shoe-based pop-up book would also be something one would enjoy having for oneself. Indeed, this book now occupies the prominent place on the coffee table of the Manolo.

Manolo says, it is the outfits!

Whose Shoes Wednesday… The Answer!

Manolo answers, it is the Betty White!

Congratulations to the Manolo’s internet friend, Robyn, who was the first to correctly identify this week’s personage of note.

Manolo asks, remember when the young starlets wished to look like the high-class courtesans?

Donald Pliner on the Sale

Manolo says, now is the time for the end of the season shoe bargains, for the example, there are many good deals available on the shoes of the Donald J. Pliner, such as the stiletto-heeled, ankle-strapped sandal, the Nenet, which is selling for nearly $170 off of the usual price, the savings of almost 50%!

These shoes have the grommety, rocker aesthetic that the Manolo finds most amusing, the look that would be the stylish counter-point to the platform-wearing crowd.

What The Manolo Is…

The Manolo had such hopes for the Luke Wilson, but….

Manolo says, third episode of the FN Shoe Star is not available for your viewing pleasure, which you may see here.

In this episode, the six finalists were chosen from the twelve original contestants. The six were who were picked were: Rachel, Hyojin, Shannon, Matthew, Keena, and Maggie.

Last week, the Manolo made his guesses about the finalists (Rachel, Matthew, Hyojin, LaQuonia, Nicole, and Christina), which as you may see were only 50% correct.

Other than the announcements and the attempt to humanize the designers by trotting out their friends and family, not much else happened.

And so, we eagerly await the next week’s episode…

Manolo says, it is the Monday, and you are back at your office fighting the good fight, although it is difficult to concentrate on good-fighting, when you are suffering the ill effects of your neighbors, Jimmy and Joan’s Annual Super Bowl Blowout.

Unfortunately, for the Americans, the American version of hedonism is now mostly all about the nachos.

Oh, perhaps you may also include the bratwurst and the barbeque and the mass produced lager in your festival of hedonistic Super Bowl partying, but really it is all about the nachos.

The more elaborate and ridiculous the nachos, the more likely we are to judge the Super Bowl party successful.

The next day, around the water cooler, no one will talk about the how nicely your home was decorated, or how elegant the gathering was, or how charming you were as the hostess …. but if you take thirty pounds of corn chips, and smother them in the artistic checkerboard pattern of melted Velveeta, guacamole, refried beans, pico de gallo, sour cream, and hot salsa, which are then topped with ten pounds of pork carnitas, and ten pounds of buffalo chicken wings, then you will have the peoples talking.

You will have achieved the sort of American hedonistic apotheosis.

And so it was that your neighbors, Jimmy and Joan, upped the ante in the race to the achieve the most memorably hedonistic Super Bowl Party nachos. This year, to the heap of chips, wings, carnitas, Velveeta, etc, etc, Jimmy and Joan added the fence of barbequed ribs around the outside.

Of the course, you could not help yourself faced with such achievement, you ate and ate, and today you are feeling not so good.

Look! Unusual platform sandals which the Manolo finds strangely attractive, in the sort of fun and intellectual way.

Nothing escapes! The Lord Humungus rules the wastes!

Manolo says, the Manolo predicts that it closes within the week.

I make my living as a wedding photographer. I would characterize my style as less traditional and more journalistic, which means I try to blend in somewhat with the guests, and move around a lot. When the weather warms up, I’ll be doing a lot of outdoor wedding on lawns and cobblestones, so I’d like a find a good wedge heel shoe, but one that looks classy and would go with my usual outfit, a silk shantung pantsuit. Please help.

Manolo says, the wedding photographer is one of the most difficult of all creative occupations.

On the one of the hands, if you do the job well, you will be praised for properly memorializing one of happiest days in the life of the family. Your work will sit on the mantelpieces and pianos of parents, siblings, and future children for generations to come.

On the other of the hands, if you fail, you will be reviled as one of the great villains of history, alongside the Ghengis Khan, John Wilkes Booth, and the man who invented the 1040A form.

You will be blamed for marriages that go bad, and your failure to photoshop away the mustache and double-chin of the bride, or your picture of Uncle Leo plumber’s crack will be cited in divorce documents and become legend among the members of extended families. Which is why it is important to always ask for the big deposit up front.

Here is Lilly Wedge from the Lilly Pulitzer, the simple, elegant wedge heel sandal available in silver or gold.

Manolo says, it is not often the Manolo features the handbag, but sometimes the object is so striking and unusual that the Manolo cannot resist. Such is the case with the Elefante handbag from Arnoldo & Battois, the two young Italian designers.

This shape is so out of the ordinary, so organically pachydermish, that it literally made the Manolo do the double take when he came across it. It is not exactly beautiful, but rather it is arresting.

And, no, it is not for every taste. Such the item would most likely only work for the bohemian, downtown girl. It is too scary for the ladies who luncheon.

And now, the Manolo asks, would you carry it?