Manolo says, this it is the famous Duct Tape Bag from the Vanessa Jean. The material and the colors they make the Manolo smile with their funky wit.

Yes, it is certainly not for everyone, however, if you are the young hip girl of the downtown, it is perhaps right for you. And best of the all, it is the inexpensive treat, selling for under $70 of the American dollars at the LoveMyBag.com!

International Star of the Year!

India’s movie industry handed out its version of the Oscars on Saturday at the Bollywood Movie Awards, which saw a veteran director take top honors and a U.S. actor best known for “Baywatch” named international star of the year.

Though an array of stars including former Miss India Lara Dutta entertained the crowd, Hasselhoff provoked some of the night’s biggest cheers when he picked up his statuette.

The Bollywood awards — which resemble a slim-line Oscar holding what could be a torch or a bunch of flowers — are chosen according to a popular vote by fans.

“Baywatch” and “Knight Rider,” in which Hasselhoff co-starred with a car named Kit, may raise sniggers from highbrow critics at home but they are still going strong in India, and the actor said he had much in common with the escapism of Bollywood.

“I’m proud of shows like Baywatch and Knight Rider because it’s about saving lives, not taking lives,” he told Reuters.

“It’s entertainment, it’s tongue in cheek, it brings the world together,” he said, adding that the entertainment industry was a powerful force for good in the world.

“I think it’s responsible for a lot of world peace,” Hasselhoff said, adding that he was hoping to work in India soon on a project based on a series of romantic novels.

“I never knew exactly how to get there. Now I’ve got this (award) it’s like my key to India,” he said.

Manolo says, this it has made the Manolo so happy he is virtually speechless.

(Many, many thanks to the many, many people who emailed the Manolo with this most happy-making story.)

The Romance of the Century

Manolo says, the Tom Cruise and the Katie Holmes they are dating!!!!!!!!

First, the body language of love! 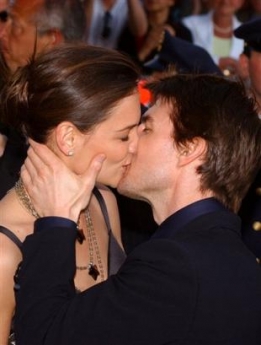 Then, the death grip of super masculinity. 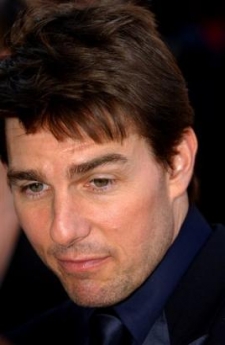